Patchwork quilt of Climate Emergency Declarations in the UK 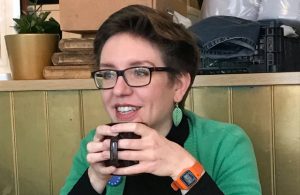 A small number of local councils in Australia and the US might have started the Climate Emergency Declaration trend, but is was Councillor Carla Denyer who got the ball rolling in the UK when her motion was passed by the Bristol City Council in November 2018. The subsequent spread across all of the UK has been truly astonishing.

One element of the theory of change concerning Climate Emergency Declarations by local councils is that, eventually, a patchwork quilt of council areas pursuing ambitious climate emergency action might cover almost an entire nation. This might lead to a national declaration, but even if not, the compelling vision is that almost the entire nation would be prioritising restoring a safe climate if each local council manages to engage and mobilise their community effectively.

Below is a council area boundary map of England showing the councils that had declared a Climate Emergency as of 20 February 2019. The pins indicate small town and parish councils, and the blocked in coloured areas indicate the city/district/county councils that had declared at that time. The purple area is the Greater London area declaration of December 2018. (View the full-size 2019 map here.) In addition, there had been declarations by the City of Edinburgh in Scotland and by several small towns and one county (Carmarthenshire) in Wales. 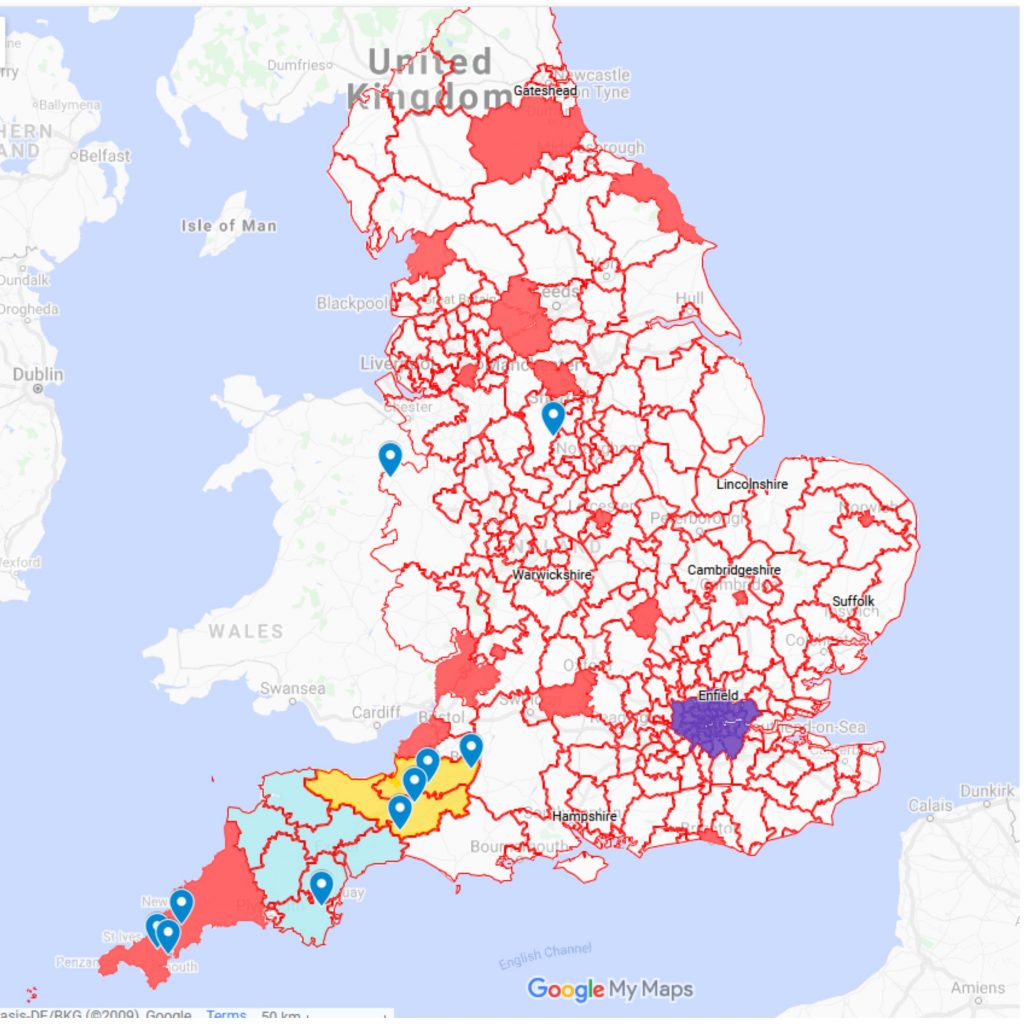 Then, in quick succession in April 2019, Scotland and Wales declared a Climate Emergency for their entire regions, and on 3 February 2020 Northern Ireland followed suit. Unlike those three countries, England does not have a separate devolved parliament, but the patchwork of English councils that have declared now covers much of England as well. 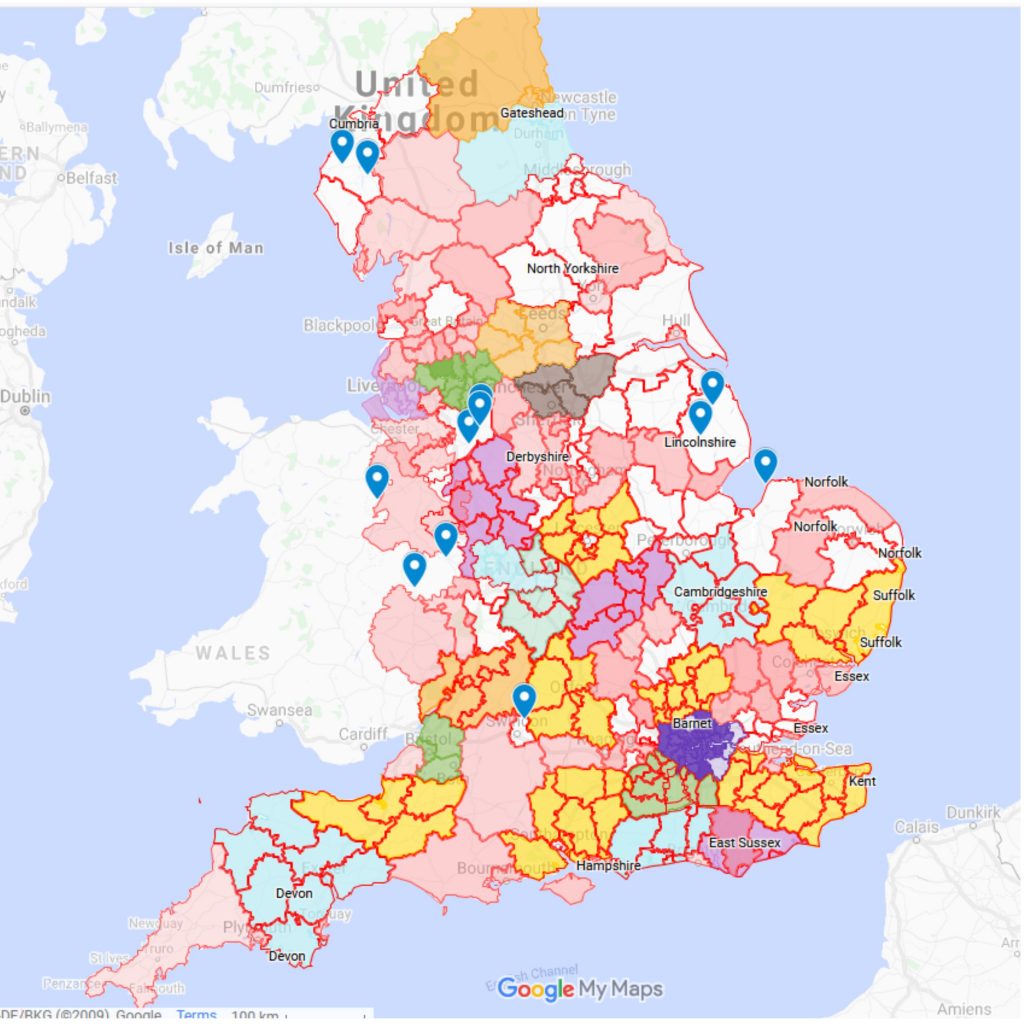 The blocked in pink areas in the map above represent declarations by individual city and district councils. Other coloured blocks represent county and combined authority declarations, but generally many of the councils within those areas have also declared a Climate Emergency independently. In addition, there have been numerous declarations by small town and parish councils but, for ease of viewing, the map only shows pins for those outside of areas where a higher level of local government has declared. (View the full-size 2020 map here.)

England might not have its own declaration, but even so almost 90% of the population live in an area covered by the growing patchwork of declarations.

With statistics like that, the theory of change suggests that the UK should have declared a Climate Emergency for the nation as whole by now.

A significant Opposition Day motion passed by Labour MPs on 1 May 2019 has been widely reported as the UK having ‘declared a Climate Emergency’, but they haven’t. For that to be binding the motion would need to be passed by a regular sitting of the full House of Commons and approved by the House of Lords. Hopefully that will still happen, but it might be tricky to build momentum for that given that ‘everyone’ seems to think the UK has already declared a Climate Emergency.

But either way, the spread of declarations across the UK, at various levels of local government from the tiniest to the very large, has so far been deeper and faster than anywhere else in the world…but the Republic of Ireland and New Zealand have been doing very well too! (Details are at https://www.cedamia.org/global/.)