If you’re looking for climate science data, the Breakthrough series of papers pretty much has that covered. If you want to see detailed studies of the climate solutions we could be implementing, the series of publications by Beyond Zero Emissions is a great place to start.

What does “climate emergency” mean? – by Ian Dunlop and David Spratt. Also available in French here. 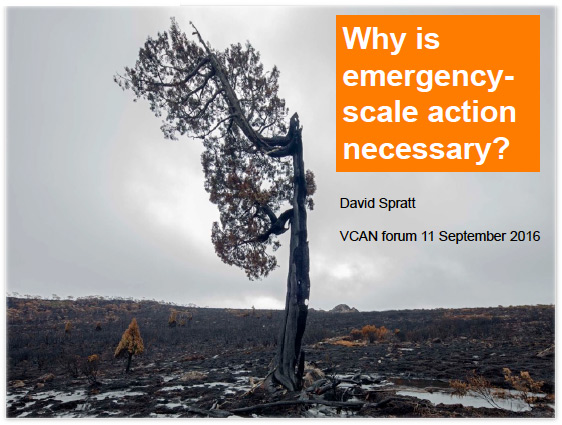 For an overview of the climate science, see the David Spratt’s Powerpoint presentation,Why is emergency-scale action necessary? 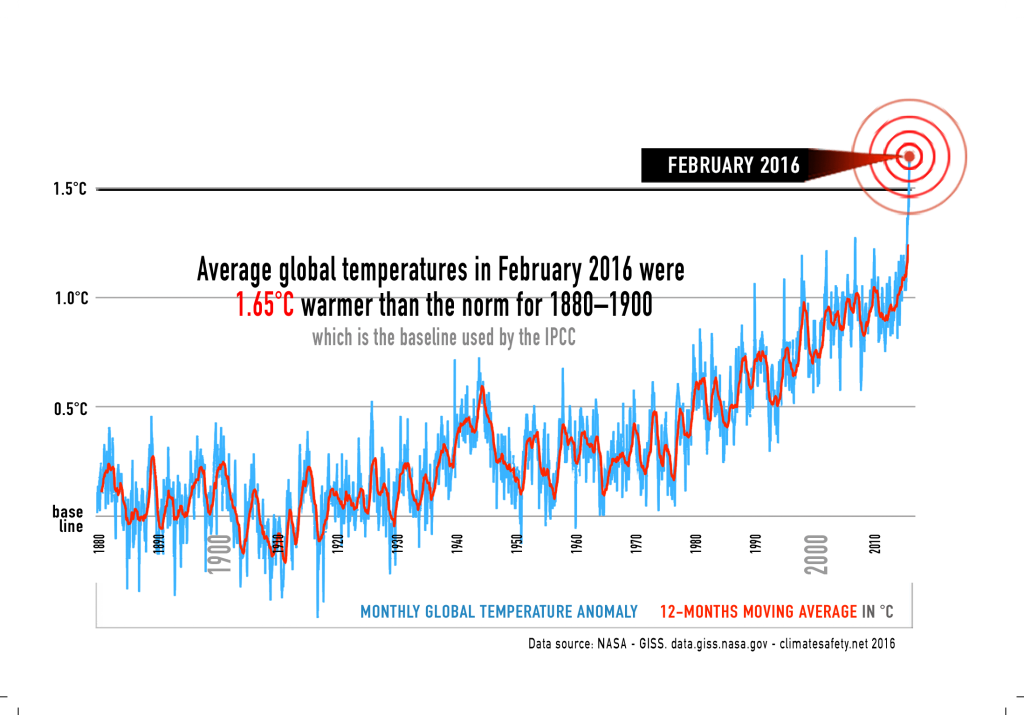 The raw data for this graph is found at: www.data.giss.nasa.gov/gistemp/graphs_v3/Fig.C.txt

Different graphs – different baselines
The graph above uses the average temperatures of the period from 1880 to 1909 as its 0°C baseline.
Other graphs showing this data from NASA use the average of 1950-1980 temperatures as the baseline.

You will see various temperature rises mentioned in material from IPCC and in other climate science documents and media articles. Unfortunately none of them use a consistent baseline. The temperature rise figures cited vary depending on which baseline is being assumed.

NASA: March 2017 fourth warmest of any month in recorded history

NASA’s global temperatures data for March 2017 shows the month was 1.37°C degrees above a 1880-1909 baseline, making it the fourth warmest anomaly of any month in recorded history.

TOP 6
The six warmest months on record since 1880 were all in the last two years:

The figures below were provided by David Spratt on 13 September 2016.

It is also the hottest August on record.

NASA says: “August 2016 was the warmest August in 136 years of modern record-keeping, according to a monthly analysis of global temperatures by scientists at NASA’s Goddard Institute for Space Studies (GISS) in New York.”

In addition: “The record warm August continued a streak of 11 consecutive months dating back to October 2015 that have set new monthly high-temperature records.”

Note: for full pre-industrial figure (from mid-18th century), add 0.2C to all the above figures.

The Conversation – 20 April 2017:
We need to get rid of carbon in the atmosphere, not just reduce emissions